How Underestimating the Nice Guy (or Gal) Can Cost You 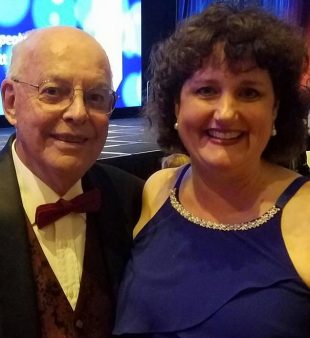 You’re feeling really uptight.  You’re about to call a very high profile decision maker to ask for a favor or something big. You’ve been warned that this important person is very busy and probably won’t talk for long. You take a deep breath, mentally prepare for the worst, and make the call. Surprisingly, instead of being short and tense, your call is pleasant. You two chat about business and/or personal matters before getting to your request.

Now…how do you feel?

Less guarded? More open to helping him or her? Sometimes calculated, sometimes not, this unanticipated nice behavior provides an advantage in future conversations and in negotiations.

This has actually happened to me and a great friendship formed from it.

Meet my mentor, Howard Putnam, Former CEO of Braniff and Southwest Airlines, powerful speaker and a truly nice man. We met when I called him with an outrageous question.

A recent article in the Journal of Applied Psychology reveals being the nice guy in a negotiation, even if you’re faking it, leads to greater future outcomes.  In this study, people who negotiated with an angry person who was NOT nice were more likely to strike a deal – INITIALLY. However, they were also more likely to renege on the deal later, fail to implement the terms of the deal, and less likely to have future exchanges (what the study called the “blowback effect”).

Conversely, being “nice” gave the impression the person possessed integrity and could be trusted. Deals negotiated with a “nice guy” were more likely to have a stronger and more cooperative implementation.

Keep this in mind when negotiating:

About Linda: A recognized authority on negotiations, workplace issues and strategic communication, Linda Swindling, JD, CSP is an author, media expert, a “recovering” employment attorney, and a professional speaker.

PrevPrevThings Are About to Change – So Now What Do You Do?
NextHow to Show Up Powerfully When Someone Doesn’t Like YouNext
Linda Swindling

To book Linda, email us now.