The Worst Thing to Say to a Complainer 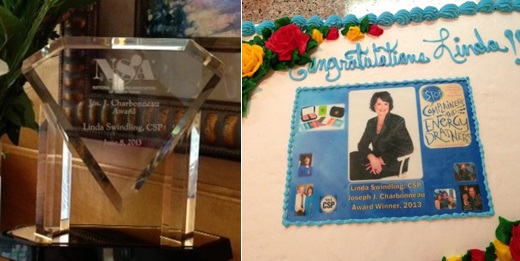 Some things you never forget. Quite a few years ago I was in the San Francisco airport after attending a three-day jam-packed National Speakers Association conference. Overwhelmed by all I had learned,  I was now at a tipping point in my career and not sure which direction to take. An industry icon and one of my mentors, Joe Charbonneau, was waiting there too for his plane. I began sharing my troubled thoughts with him – and complaining a bit (I admit it!).

Then he did something I’ll never forget. Joe went to the gate attendant and offered to give up his First Class ticket and reschedule for a later flight so he could continue listening to me.  He proceeded to share his wealth of insights and practical experiences along with encouragement. It was the last time I spent with him. Joe passed away a short time later.

Years later, in front of my family and friends, the National Speakers Association of North Texas surprised and honored me with the Jos. J. Charbonneau Award for outstanding credit, respect, honor and admiration in the speaking profession.

One thing Joe shared is that everyone is different and one “size” or solution does not fit all.  I had to develop my own strategy and stop comparing myself to others.  Great advice from a great man!

Are you sick of Complainers? Based on our research, there are five types of Complainers and one size or strategy does NOT fit all.

Here’s what doesn’t work with each Complainer type.

Actions That Don’t Work with Whiners:

For strategies that DO work to Stop Work Drama, view this complimentary 15-minute webinar on the 5 Complainer types.

Joe Charbonneau didn’t tolerate Whiners and Complainers. In fact, he contributed to others … the opposite of complaining. I’m still very grateful to NSA North Texas for this great honor. I’ll do my best to contribute like Joe.

Journey On and No Complaints!

P.S.  Please check out my article on page 12 in this month’s Leadership Excellence magazine on how to convert Complainers to contributors.(Yep…that’s Deepak Chopra’s article right before mine. Wow! Talk about a man who is a contributor!)

To book Linda, email us now.